Decolonizing the Self by Raven Moffett

Acknowledgement of anxieties or insecurities, particularly about one’s identity, are often made taboo in American society. My heritage is rooted in the land which is now divided into parcels reminiscent of the rending of bodies by blood quantum. As a white/Native woman, my history is split on opposite sides of manifest destiny. My blood both followed the buffalo and massacred them—colonized and resisted. My most recent body of work was born from questions which have haunted me since my childhood and center around internal and external conflict regarding white-passing Nativeness.

Working predominantly through photographic self-portraits and video work, I hope to reclaim mediums which, until recently, operated as colonized spaces with histories marred in violent misrepresentation and disrespect. My choice of media and aesthetics are an ironic nod towards famous historical representations of Native and Indigenous bodies. By speaking back to the works of Edward Curtis and others, by speaking through historical visual processes made contemporary, and by speaking my experience, I hope that the growing liminal places of identity our globalized experiences are creating can be recognized as valid.

As much as I am influenced by historical and ethnographic representations of Native and Indigenous bodies, contemporary Native and Indigenous artists engaged in different levels of combating these visual stereotypes (particularly Wendy Red Star, Erica Lord, Cara Romero, Will Wilson, James Luna, Rebecca Belmore, and Shigeyuki Kihara) are also influential in my work. By performing my questions and speaking my truths about my own identity, I am transcending boundaries of private and public space, engaging collective trauma and memory through an individualized lens. In exhibiting highly personal pieces within the Western construct of the gallery, I aim to promote not only discussion but also active listening to historically marginalized voices.

“An Indian is an Indian regardless of the degree of Indian blood or which little government card they do or do not possess.” – Chief Wilma Mankiller

Everyone wants to be an Indian so they can be spiritual

Everyone wants to be an Indian so they can be funded

Everyone wants to be an Indian so they can be multicultural

I don’t want to be an Indian anymore” -James Luna

“It is a systematic negation of the other person and a furious determination to deny the other person all attributes of humanity, colonialism forces the people it dominates to ask themselves the question constantly: ‘In reality, who am I?’” -Frantz Fanon 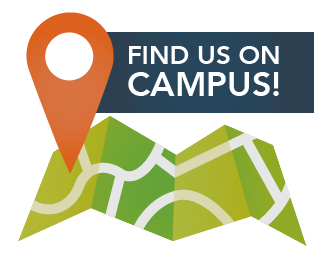